5G mobile communications has been trialled on a Virgin Trains Pendolino

The future of mobile communications has come a little closer as a result of a series of trials of 5G connectivity on the West Coast main line between London and Manchester.

5G is the latest mobile phone standard – most users still have 3G or, at best, 4G. Offering faster speeds and better data transfer, 5G has been heralded as the future for both mobile phones and also for train-to-control communications, possibly replacing the current GSM-R (R for Railway) standard which is still only 2G!

5G is not just quicker than 4G, with peak speeds up to six times faster, it can also support up to 100 times more devices than 4G, allowing even more connected devices through the Internet of Things. So not only will passengers be able to watch movies and listen to music more easily, the train will also be able to receive information from the signalling system and update the depot with any minor faults that will need correcting overnight.

“Earlier this year, we were the first to bring 5G services to Birmingham New Street station; and we believe 5G provides a huge opportunity for train operators to improve experiences for their customers – both those travelling for work and pleasure. Such trials are an important first step in achieving this.”

Paul Bebbington, director of public transport with McLaren Applied Technologies, added: “Connecting fast moving fleets in harsh signal environments is a key part of our Edge, Telemetry and Control strategy, coupled with our capabilities and long-term vision around electrification and Virtual Product Design.

“From consuming 4K content to watching live events, interacting with friends in real time via high-definition video streaming and enabling on board Internet of Things, McLaren Applied is delivering improved bandwidth to drive a seamless passenger experience and real time asset performance optimisation in public transport.”

Earlier this year, Virgin Trains upgraded its on-board Wi-Fi for passengers. The hardware and software for the Wi-Fi upgrade was supplied by McLaren Applied Technologies, which draws on a 30-year heritage leading the transformation of motorsport and Formula 1 and had been tested over a number of months to deliver an improvement in coverage and performance.

The hardware and software for the Wi-Fi upgrade was supplied by McLaren Applied Technologies, which draws on a 30-year heritage leading the transformation of motorsport and Formula 1 and has been tested over a number of months to deliver an improvement in coverage and performance.

“We may be coming to the end of our time running the West Coast Mainline but Virgin Trains is excited to be playing an important part in the early stages of this 5G project, which is another example of how we have led the way in digital innovation within the rail industry.” 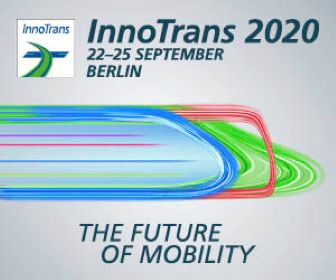